New York (CNN Business) As the US reopens in phases, more and more jobs are being added back to the economy. Unemployment officially fell to 13.3% in May as employers added 2.5 million jobs, the best month for job growth since the Bureau of Labor Statistics started tracking the data in 1939.

The Labor Department noted that during the pandemic, millions of workers were misclassified as “employed but not at work,” when they should have been counted as “unemployed on temporary layoff.” If it weren’t for those misclassifications, the unemployment rate would have been higher — around 19.2% in April and 16.1% in May, not including seasonal adjustments.

From retail to restaurants across America, people are returning to their old jobs or finding new ones. Here are the occupations that reported the most gains:

Restaurants and bars added back nearly 1.4 million jobs in May as they reopened across the nation, according to the Bureau of Labor Statistics.

A bartender serves drinks at L’escale restaurant in Greenwich, Connecticut.

While restaurants and bars were classified by states as essential businesses that could operate on takeout and delivery only, many still closed down during stay-at-home orders. Some businesses found it hard, or economically unfeasible to adopt that model, or had other public health concerns.

A Construction worker takes care of traffic as a new tower is built.

Another industry that saw gains was the construction sector, where the number of jobs increased by 464,000 in May, gaining back nearly half of what they lost in April. Construction activity is part of the first phase of reopening and many projects are resuming work.

Social distancing spots are marked on the floor inside of the Aviator Nation clothing store.

In retail, 367,800 jobs returned, with clothing stores seeing the largest gains. Gap announced in May it would reopen 800 stores, including Old Navy, Gap (GPS), Banana Republic and Athleta brand stores.

Walmart CEO Doug McMillon said this week that the company hired more than 300,000 associates in the US starting in March, most of them temporary workers, to help “relieve some of the burden faced by” current store workers and give those who lost jobs more opportunities.

Surgical masks are made out of spunbond polypropylene fabric.

Factory jobs have also made a comeback, as they fit into phase one of the reopening. The manufacturing industry added 225,000 jobs.

That’s good news for an industry that saw its largest drop in production in March since 1946. Auto, aircraft and other factories stopped work to keep workers safe from the pandemic.

Dentist Dr. Kathleen Saturay wears additional protective equipment, including a face shield and disposable mask over a respirator mask, as she works with a patient in Seattle.

While hospitals and other essential medical services stayed open, dentists closed their offices, seeing only patients who required urgent care.

Health care hires jumped significantly in May, boosted by the reopening of dental offices reopening, which added 244,800 jobs.

“This news is certainly encouraging for the economy and the dental industry but is also important in that patients are returning with trust and confidence in their clinician and understand the link between good oral health and overall body health,” said Pat Bauer, president and CEO of Heartland Dental, which supports over 1,000 dental practices in the US. The company estimates those dental offices have added nearly 6,000 jobs, all of them employees returning from furloughs.

A Postmates delivery person stands outside a Shake Shack in Washington, D.C.

Meanwhile, personal and laundry services added 182,300 jobs. That category includes any food delivery workers who are classified as employees but it doesn’t count contractors, such as Postmates and Uber Eats part-timers or some Amazon drivers. Laundry is considered an essential business and some that closed out of caution have now reopened.

A janitor walks through Brookfield Plaza, a shopping mall in Manhattan’s Financial District.

As businesses sanitize their facilities to keep the virus from spreading, janitorial services are more important than ever. Services to buildings and dwellings added 68,400 jobs last month, according to the Bureau of Labor Statistics. 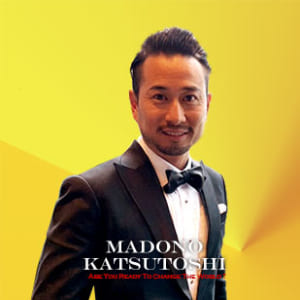